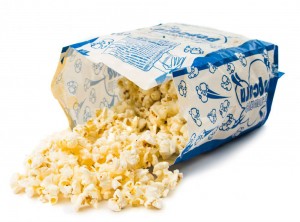 Today I had this sad situation, and I didn’t want to go to the supermarket to buy “normal” corn. As my microwave is going to be broken for some time, I have decided to use the microwave corn to cook it in the traditional way, with a pan.

Some years ago I had the same situation with some friends and in that occasion we used only the corn. We broke the paper package and threw the corn to the pan (and cook them as normal corn).

Today I have decided to try a new way, what would happen if the all the paper package was cook with a pan (like with the microwave)?

So I have tried it! 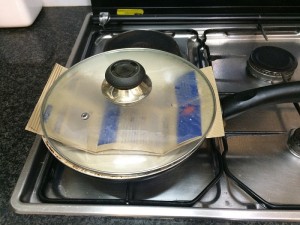 After 4 minutes, some corn have started to open, but it has been much more slowly as the normal method.

Some minutes later, almost 8 minutes since the beginning, a suspicious smoke started to appear from the paper, so I’ve decided to stop the experiment. Here you can see a fast video of the experiment.

The result has been a popcorn bowl, with less popcorns that the result of cooking the same pack with a microwave 🙁 . But I’ve to say that the popcorns were great! 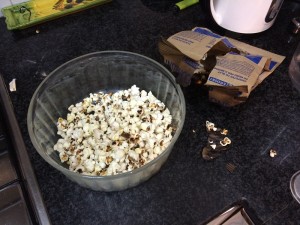 The problem has been that the pan has not survived the experiment, and has ended at the rubbish. 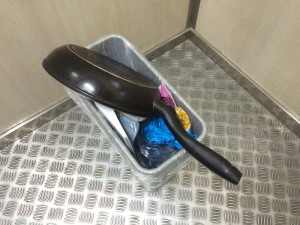 About Néstor Malet
I’m a web and iOS developer. I like to start projects, personal ones, with friends or at work.